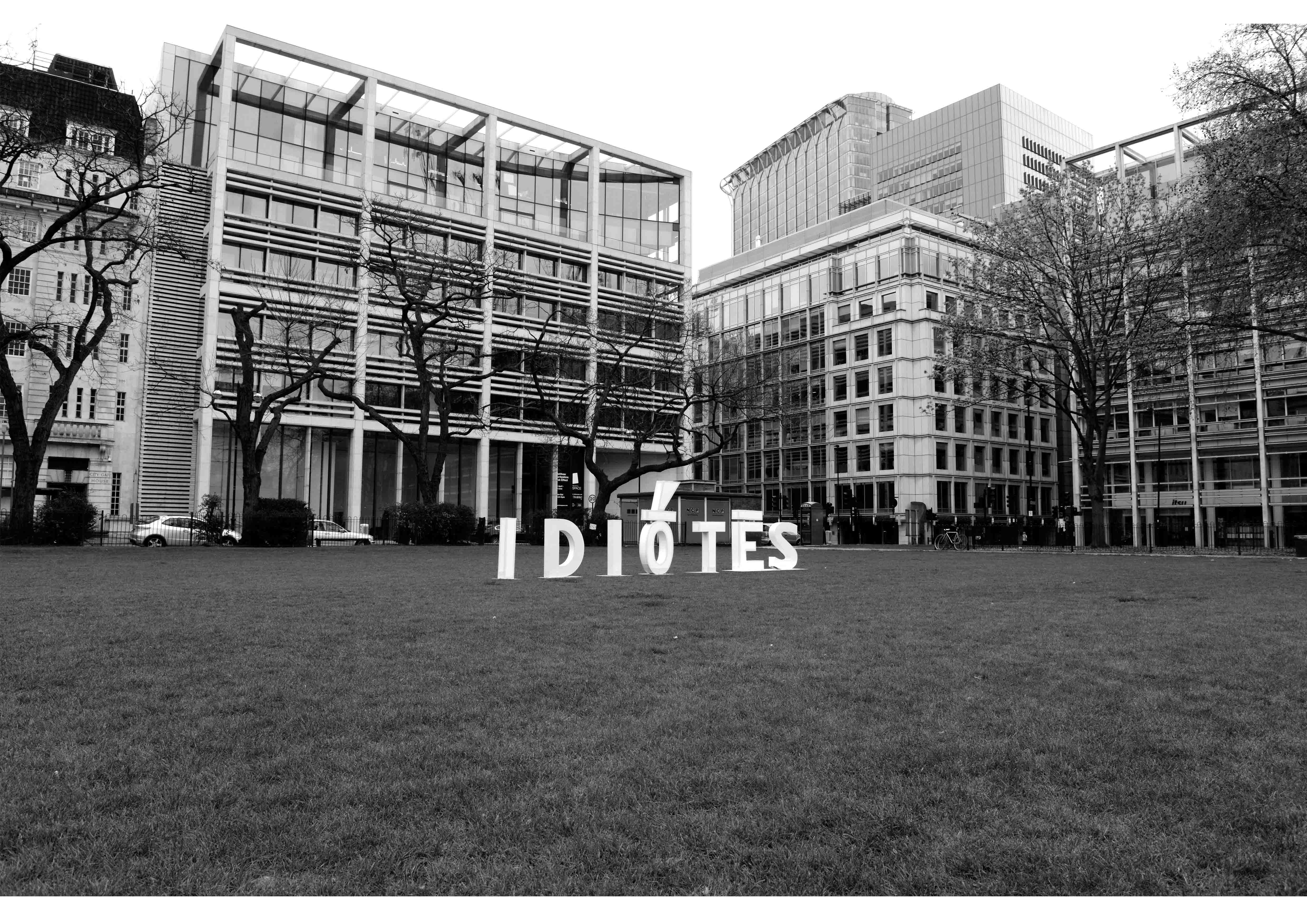 Finsbury Square, London. Before the performance.

On Sunday 28th of April 2013, Aimy Palogiannidou organised a group action in a public space in the area of City, a privatized, autonomous and self-governed area in central London with super-contemporary buildings where the offices of the city’s biggest companies are hosted. Her aim was the production of a situation, which will challenge (locally and instantly) the established order of the everyday and contribute to the creation of a new local environment. Performing in a space with a background of the majestic skyscrapers of City of London, a group of people with playful attitude and a sense of teamwork will be called to “play”, transform and alter a word made of cardboard. This will be the reformed word i d i ό t ē s referring to the English word idiot (=stupid, individual with bad judgment) and derives from the Greek word ιδιώτης (=private, someone who is characterized by self-centeredness and denies to participate in public affairs, person with bad judgment in public and political matters, person lacking professional skill).

London is a big metropolis that represents our modern society and encourages competition and individualism. The dry professionalism of London has led to a sterilization of the world that threatens to wipe out any spontaneity or playfulness. Aimy Palogiannidou explores the urban space using practices like dérive and psychogéography and she is interested in the interaction between urban environment and everyday life. For her, the city street is the essential space of the everyday where life is performed. It is the space between private and public where the everydayness is conceived with what is lived. 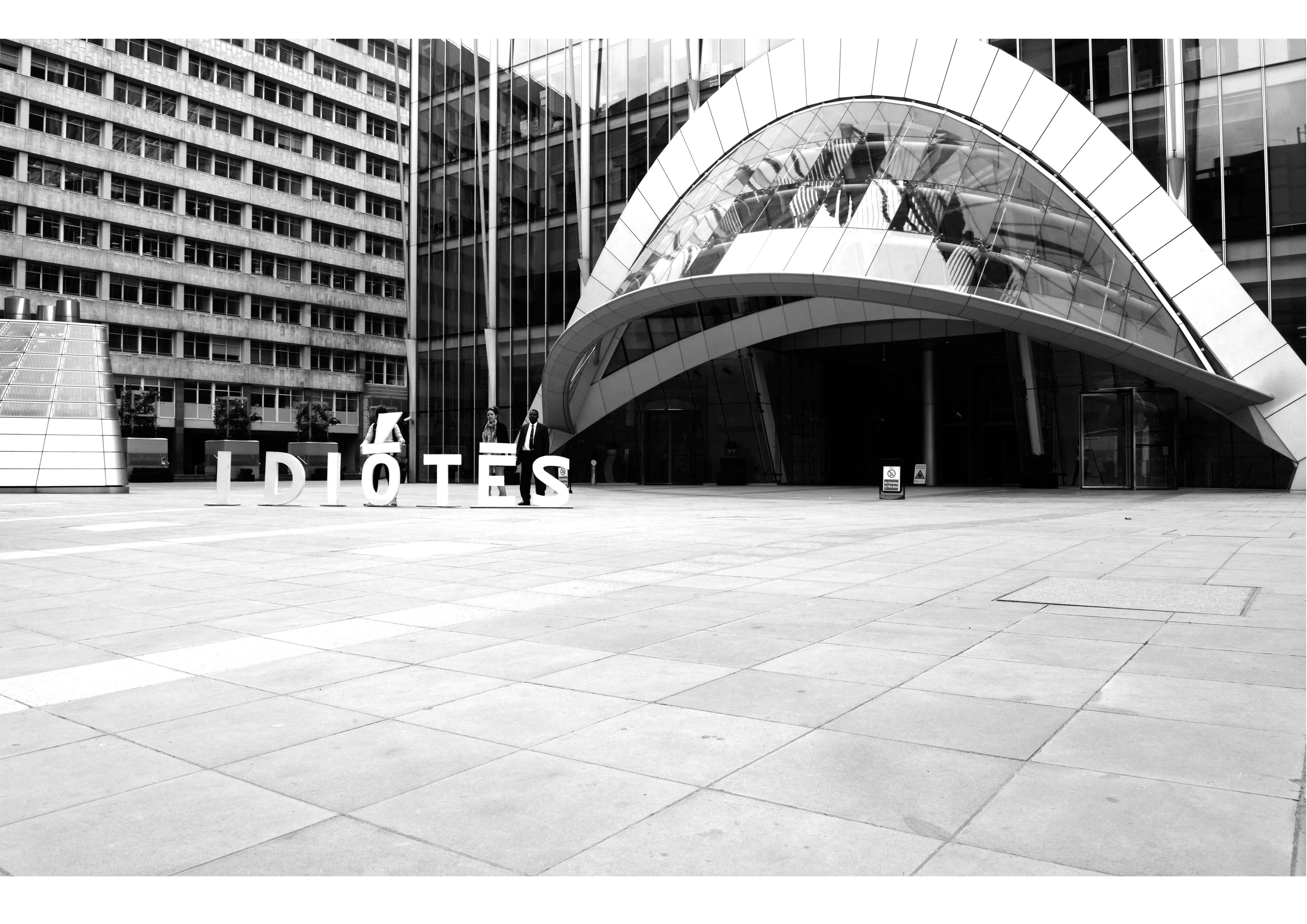 The word i d i ό t ē s was firstly set up on Ropemaker street in the City of London, a privatised area in the heart of London. The performance was stopped by the local authorities. The team was moved to Finsbury Square, a public space on the other side of City road where the performance was completed with great success. 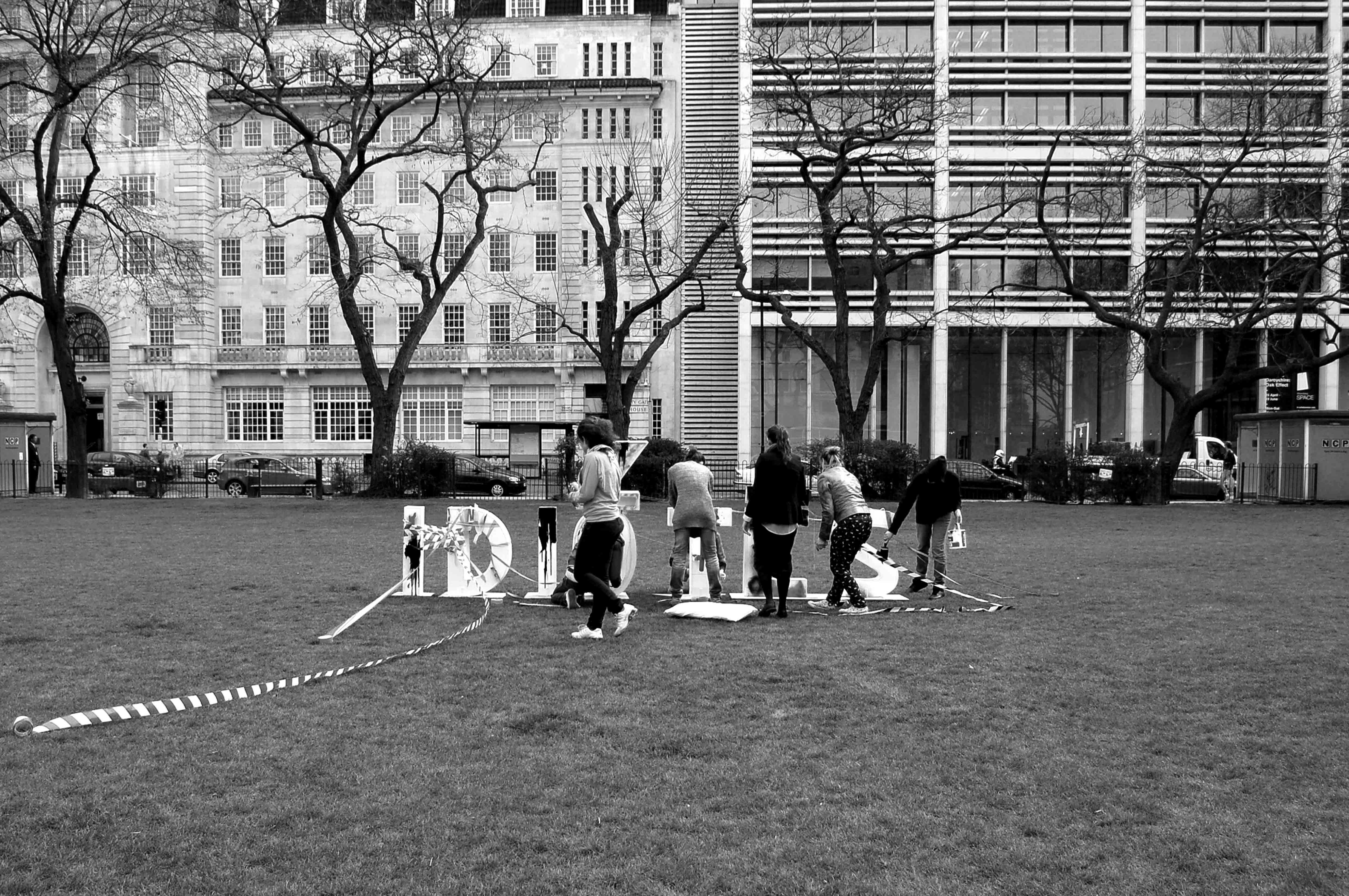 During the performance at Finsbury Square. 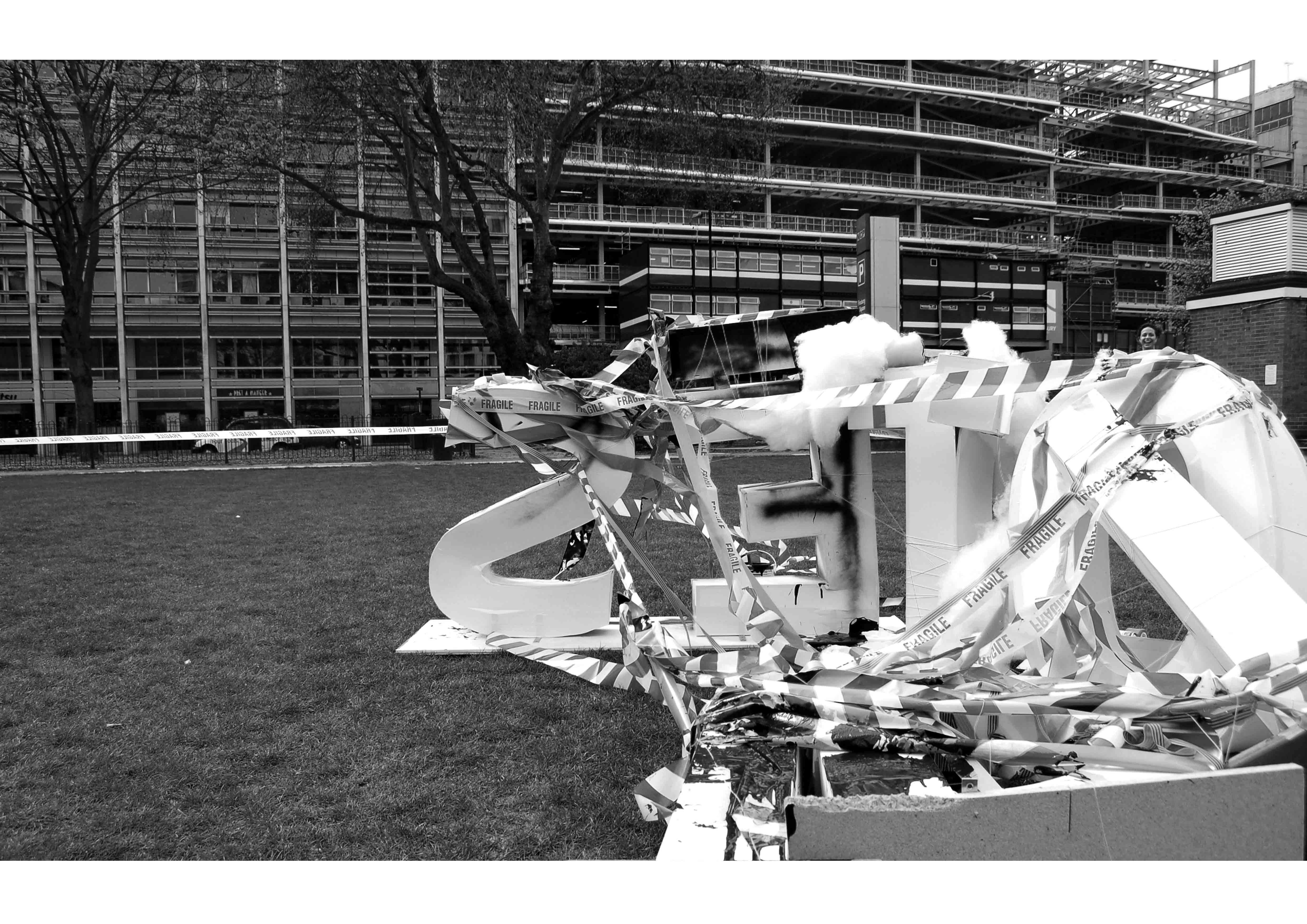 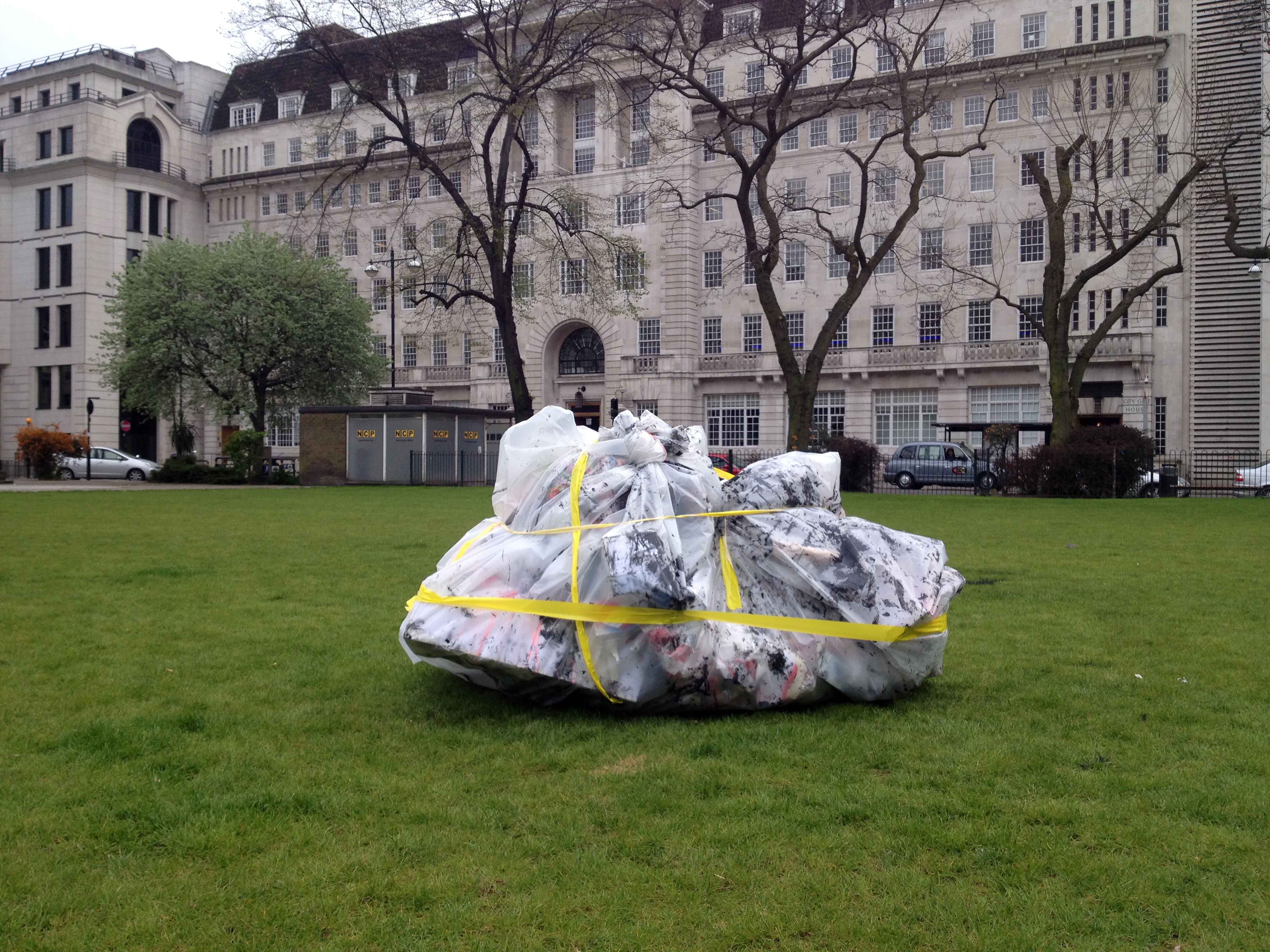